Look at the ingredients, and then read on…

Nothing but: Seeds, flowers, oils, and essences this was a powerful “Healing Mix” and was considered “The Sacred Blend of the Healers” in Ancient Cultures. Here’s a brief visit to the past and Healing Plants. In the history of human experience it appears that the Egyptians were the first people to extensively make use of aromacology as well as aromatic plant fragrances and included their use in honoring Mother Nature and Father Sun, and for cosmetics as well as medicinal healing purposes.

Aromatic essence and resins were also extensively used in the embalming process. Although it was thought that most essential oils were produced in Egypt by means of a type of enfleurage extraction method, the Egyptians in actual fact did have access to the distillation method via the Mesopotamians as distillation pots have been found at Tepe Gawra dating back about 3,500 BC.

At the same time the Chinese also made use of herbs and aromatic plants and this was also taken up as an integral part of the Indian Ayurvedic medicinal system.

The medicinal wisdom of the Egyptians were taken over and absorbed by the ancient Greeks – and the most well-known physician of that time – Hippocrates (c.460 – 377 BC) was also a firm believer of treating people holistically and included aromacology massage as a healing process.

The Romans again took over the medicinal healing wisdom of the Greeks and were great believers in hygiene to promote health and also place great stock in auracology, later called aromacology and the power of fragrances… then came the era when folk medicine as practiced by the Pagans (meaning country dwellers/gardeners/herbalists) village Healers were persecuted and put to death, some were called witches, others “Evil Devil Workers” etc. Then the Pharmakea or Poison Makers took rule of “Treating” the villagers, with poisons.

On the other hand Golden ReLeaf is not poisonous and is used to ease unpleasant muscle pain as well as stiff joints. Applied to the temples as well as behind the neck, it relieves most all headaches, too. (However, it’s not to be used nearby the eyes).

• Allergies, Sinus, Stuffy Nose: Put two to three drops in a palm then rub your hands together to heat the oil up, then cup your hands over your nose and mouth and breathe in through your nose then move your hands and exhale, repeat this for 1 full minute.

• Asthma: Use as above, as well as rub it into your chest as well as behind on your back in the lung areas.

• Coughs or Motion Sickness: 1-4 drops of oil in water then drink it, as well as rub onto chest area.

• No-Doze – To avoid sleep while driving, rub a little underneath your nose, as well as behind your neck.

• Stomach Pain: 1-4 drops of oil in water and drink, and massage externally over the area of the pain. 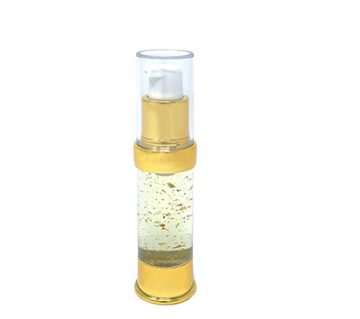