Don is currently traveling and doesn’t have any public speaking 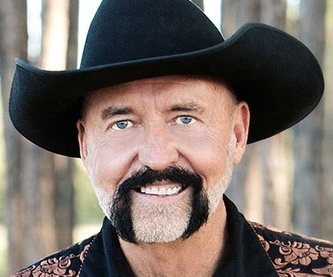 Where in the world is Don Tolman… Imagine having the knowledge and confidence to be your own doctor and heal yourself and your family of the most commonly diagnosed complaints and illnesses.

Come and hear Cowboy Don Tolman, globally known as “The Whole Food Medicine man” for over 50 years. Come and discover the ancient wisdom and forgotten secrets of long lived disease free cultures and how to live a Happy and Disease free life.

Cowboy Don Tolman is an author, public speaker, trainer, imaginist, entertainer and experimental nutritional-eating researcher. He has written multiple books on a variety of skill-specific mental functions and self-improvement topics.

Cowboy Don has spoken to more than 1,000 audiences in all 50 states and in 40 foreign countries. His media credits include more than 50 radio and TV talk show appearance per year. He has been a return guest on the Donahue Show,  Entertainment Tonight, ABC Talk Radio, and he’s a regular guest on The Aware Show in Los Angeles, CA, as well as many newspapers & magazines.

The late Earl Nightingale said, “If George Carlin and Albert Einstein had a son, it would be Don Tolman.” TV talk show host Phil Donahue said, “Like what he says or not; it’s people like Don Tolman who, in their own unique way, will impact social change.”

His real passion is creating applied technique curriculum’s of accelerated academics for children, which include nutritional eating, as well as arcane and esoteric approaches to enhancing mental capacities. He has assisted over 700 medical doctors quit their practice and move to whole foods as medicine.